Topic：The Challenges of Artist Management in the Digital Era 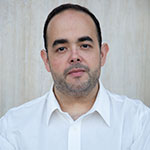 Andrew Watson (Moderator)
Associate Director at Universal Music Group
Mr. Andrew Watson is an Associate Director at Universal Music Group. He started his career in the music industry in Taiwan, working for Sony Music and local independent labels Rock Records and Hi-Note Records. There he worked on notable releases by Depeche Mode, Jon Spencer Blues Explosion, Basement Jaxx and Moby. He was also part of a popular punk rock band, Feiwu, which released two albums, “Bird of a Feather” and “Ring of Fire”. In 2002, he returned to the U.S. where he pursued a degree in Audio Engineering and Production. After graduating, he landed a job at Universal Music Group handling International Production and has been there since. He has worked on releases by Jay Z, Kanye West, Rihanna, PSY, and many other renowned artists. He has also played a vital role in helping to bring Taiwanese artists to the U.S. He was instrumental in arranging the performance of the Taiwanese band The Chairman at the New York Mets Citi Field Stadium, facilitating the collaboration between the Taiwanese rap artist Dwagie and American rapper Nas, and introducing Taiwanese singer Jolin Tsai to high-profile producers in the U.S. 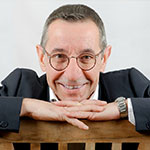 Didier Zerath /
President of AMA-France, IMMF Board Member, Founder of The DZ Factory
Mr. Didier Zerath has over 25 years of experience in the music industry. He is the President of AMA-France and a Board Member of IMMF, of which he was among the founding members and has held multiple senior positions. In 2013, he founded The DZ Factory Ltd., which includes two business arms, a label and distribution company as well as artist management and consulting firm, collaborating with both the music industry and music industry investors. He also founded the European Music Industry Consultant Factory, a pan European consultant group. Previously, he has held positions in organizations such as EMI Music Continental Europe, Warner Music France, EMI France and BMG Records Paris. As such he was responsible for pan European or French marketing campaign for artists such as Tina Turner, Madonna, Prince, Red Hot Chili Peppers and many others.
The IMMF is the umbrella Executive Organization utilizing a collaborative network of MMF National Organizations from over 22 countries comprising of over 1,000 individual entertainment manager members. It connects music managers around the world and offers learning programs that combine theory and practice. 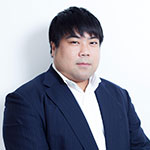 Yusuke Nakagawa /
President of ASOBISYSTEM
Born in 1981 in Tokyo, Japan, Mr. Yusuke Nakagawa is the founder and President of ASOBISYSTEM. Prior to founding ASOBISYSTEM in 2007, he was an event operator. At the outset of “Green Letter Culture”, which began in the Harajuku district of Tokyo, the district saw the largest concentration of the culture’s fans, music and lifestyle. It gave rise to Harajuku’s own street culture, which spread to the rest of the world. Harajuku Kawaii events began popping up in 2011 in places all over the world. Recently, Kawaii superstar model Kyary Pamyu Pamyu amazed audiences on her world tour. Then, in May of last year, the release of the album “Hey! Japan” brought Japanese pop culture to the international stage and contributed to carrying forth Japan’s new tourism policies. 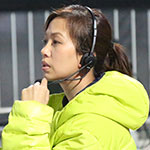 Summer Lin /
Founder of Magpie Entertainment Ltd.
Ms. Summer Lin founded Magpie Entertainment Ltd. in 2006. Prior to that, she was the Marketing and Creative Director at British Virgin Company. From 2013 to 2015, she was a judge for the Taiwanese talent show “Super Star”. In earlier years (1998-2004), she worked at Fulong Stars talent management, where she managed high-profile artists such as F4, Vivian Hsu and Karen Mok. Previously, during her time at Superdome, she was responsible for executing A-Mei’s world tour. She had also worked at TVBS Television where she was responsible for executing the show Super Live. Having joined the entertainment industry for more than 20 years, she has always worked with passion and the highest level of professionalism, with a career goal of elevating the entertainment industry and its heritage.
Magpie Entertainment is an entertainment group with strong capabilities across the fields of artist management, concert planning, album production and production planning. Artists currently managed by Magpie includes: Jam Hsiao, Kelly Lin, Winnie Chien, Li Kang-Yi, Xiaoyu Sung, io, Erika Liu, Miss Wang, Women 510, Xu Yi-Ming, Cubick, and Jasper Tang, etc.
Prev   Next