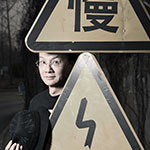 Yao Chien (Moderator)
Senior Vice President at Le Music, General Manager of Music Nation Ursa Major Ltd
Mr. Yao Chien is a renowned lyricist, producer and music manager in the Chinese pop music world. He has been the Head of DianJung and Sony Music, as well as General Manager of EMI and Virgin Music. Currently, he is the Senior Vice President of Le Music and the General Manager of Music Nation Ursa Major Ltd. Over the past 20 years, he has collaborated with many high-profile singers and published original lyrics for over 600 songs. In the field of film scores, his film scores for The Dull-Ice Flower won The Best Soundtrack in Taiwan’s Golden Horse Awards in 1989. In 2006, his work for Perhaps Love won The Best Soundtrack in the Hong Kong Film Awards. He has also been the Music Director of Amber, a multimedia musical that was hugely successful in Asia, and Mo Shan, a popular drama for children. In 2012, he published Melody, which integrated scrips, novel, music and animation. In 2013, he published Sense It. In 2014, he published Beautifully Encounter. In 2015, he published A Person's Collection. 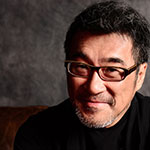 Jonathan Lee /
Music Producer, Singer-Songwriter
Mr. Jonathan Lee is one of the most influential album producers and singer-songwriters in the Mandopop world. He formed a folk music group with his friends in 1979 while he was still in school and gave folk songs a refreshing new feel. In 1983, he was given the opportunity to produce an album, which became an instant hit. While his songs soared on the charts, he also completed a range of works in producing film scores and theme songs. He joined Rock Records in 1984, kicking off the golden age of Mandopop where he wrote and produced numerous songs and records that would later come to be loved by the masses. A prolific artist, he wrote a wide variety of songs that influenced millions of Mando music fans. In 2002, he founded Lee Guitars as a guitar maker, where he personally designs the branded guitars. 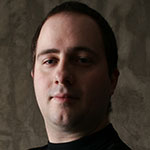 Peter Astedt /
Founder and CEO of MusicHelp, Founder and A&R of Dead Frog Records
Mr. Peter Astedt has worked in the music industry for over 25 years. He started his own record label Dead Frog Records at the age of 15. The label is still running and is one of the oldest in Sweden. Peter has been part of the digital revolution of the music industry and has worked on one of the first legal sites selling MP3 called Vitaminic. He has also started digital distribution services such as Music Base, Distrosong and the physical distribution company DFR. In 2008, he started the company Musichelp Sweden, a service company for people/artists in the music industry. Over the years, it has also expanded its services to include media placements, Swedish music export and showcase festivals. Over 8000 artists have gone through his systems. Peter has been on panels of many international music conferences such as SXSW, MIDEM, CMJ and many others, as well as lectured in various universities. Today, he is also a board member of Swedish Independent Music Producers (SOM), the equality of AIM (UK) and A2IM (USA), and Music Business Independent Network (MBIN).
Prev   Next