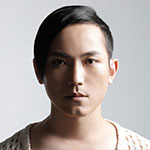 Pochang Wu (Moderator)
Frontman of the Taiwanese rock band ECHO, Founder of indie music store iNDIEVOX
Mr. Pochang Wu is the frontman of the well-known Taiwanese rock band, Echo, and the founder of iNDIEVOX, an online indie music store. As such, he has multi-dimensional experiences in performance, creative processes, entrepreneurial efforts and managerial duties. His band, Echo, was nominated for Best Band at the 2011 Golden Melody Awards. It has also been invited to perform at many international festivals such as SXSW, the CMJ Music Marathon and the Liverpool Sound City Festival. Known as the Psychadelic Voice of Taiwan, the band combines modern poetic lyrics with Neo-Psychedelia rock music and has become a major influencer for many other bands in the country. iNDIEVOX was launched in 2008. It is the first DRM-free online MP3 music store and the largest indie music store in Taiwan. It aims to promote indie music by establishing a close-knit network of local musicians. It has attracted music brands from not only Taiwan but also Japan, Hong Kong, China and the Western marketplace. It also provides 24-bit HD download, ticketing and merchandising services. 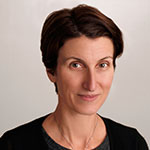 Jennifer Masset /
Senior Director of Member Services at A2IM
Ms. Jennifer Masset is the Senior Director of Member Services at A2IM, American Association of Independent Music. She has championed the indie music industry for over 20 years. She has also served on the Advisory Board for SXSW Music Accelerator and enjoys connecting new technologies to forward thinking music companies in her role with A2IM. A2IM is a non-profit trade organization for American independent music labels that helps independent music labels improve business by promoting equal access and revenue parity. It has over 11 years of history and represents a diverse group of over 350 Independently owned American record labels, such as Big Machine and ATO, which took home Grammy wins in key categories including Album of the Year and Best Rock Song this year. A2IM’s significant achievements include working with YouTube to ensure comprehensive user access to independent music on Music Key, and founding the A2IM Libera Awards that honor extraordinary achievements by independent labels and artists. 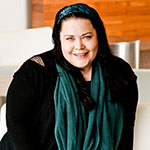 Millie Millgate /
Executive Producer at Sounds Australia
Ms. Millie Millgate is the Executive Producer of Sounds Australia where she is also a founding staff member. She is responsible for the roll out and representation of the Australian music industry at key international music events, including SXSW, The Great Escape, Canadian Music Week, MIDEM, CMJ, Americana and Music Matters. She has been instrumental in the growth of Sounds Australia worldwide, having overseen the marketing, networking and showcasing activity undertaken at 40 international events (many multiple times), in 44 cities, across 16 countries since 2009. Due to its ongoing success, SOUNDS AUSTRALIA has grown from a two year pilot project to a multi-year funding initiative supported by Australian Federal and State Governments, alongside peak music industry bodies. In 2012 Millie was honored by Sydney’s FBi Radio Station with the “SMAC of Year” Award, in recognition of her efforts with Australian musicians internationally, was inducted into the YMCA (Yearly Music Conference Awards, UK) Hall of Fame, and has featured in the Top 10 of the AMID (Australian Music Industry Directory) Power 50 for the last four years. 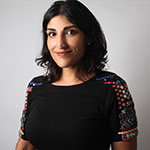 Priyanka Dewan /
Asia Director of The Orchard
Ms. Priya Dewan is the Asia Director at The Orchard. She was hired to set up The Orchard's Asia office in Singapore in 2012. Prior to The Orchard, she was the N. American Label Manager of Warp Records, an influential independent UK Label featuring artists like Grizzly Bear, Apex Twin, Squarepusher, etc. While in NY working at Warp, Dewan was an active member of the American Association of Independent Music (A2IM) and was nominated to sit on their Board, before deciding to leave the US to move to Singapore. She has been recognized in Billboard Magazine's Top 30 Under 30 and has spoken at conferences all over the world such as SXSW, CMJ, Primavera Pro, MU:CON and others. Founded in 1997, the New York-based The Orchard is the world’s largest independent music distributor and a wholly owned subsidiary of Sony Music Entertainment. The Orchard streamlines content owners’ business complexity with an intuitive client dashboard, comprehensive rights management and tailored client support. It distributes contents from music, short videos to movies. It is also a YouTube certified company. 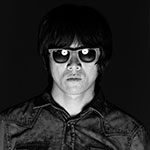 Shen Lihui /
Founder of Modernsky Entertainment, Ltd
Mr. Shen Lihui is the Founder and CEO of Modernsky, a Chinese music label. He started as the lead vocalist of the band Sober and as a music producer. He founded Modernsky in 1997 as a way to distribute his friends’ and his own band's music, but the company blossomed into an active label right away. The label signed a variety of major indie acts in China, such as New Pants, Super Market, Super VC, Convenient Store, and more recently Asi, Song Dongye, Xie Tianxiao, etc. Today, Modernsky has released over 200 albums with over 40 artists and bands. Modernsky was one of the first Chinese promoters to start in the music festival business. It launched the first Modernsky Music Festival in 2007, featuring international act the Yeah Yeah Yeahs and Chinese artists New Pants, Peng Tan and Queen Sea Big Shark. In 2009, it launched the Strawberry Festival, a highly anticipated spring festival, which made records in the number of performing artists and festival goers in China. The Modernsky Music Festival made its American debut in October 2014 and has also been brought to Seattle and Helsinki. Modernsky has also launched the "Fat Art" series, an annual interactive art show, Modernsky Now, a music event livestreams platform, and Modernsky Lab, a live house in Beijing.
Prev   Next