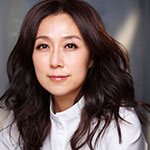 Kay Huang (Moderator)
Producer, Song Writer, Lyricist, Singer
Ms. Kay Huang is a producer, song writer, lyricist and singer born in 1964 in Yilan, Taiwan. At the age of 14, she won the top spot of the Golden Rhyme Award singing contest in a four-person ensemble named “Small Quartet” along with singers Christine Hsu, Huang Shan-Shan and Zhang Rui-Xun. In the 80s, she was one of the key players in Taiwan’s New Music Movement. After signing with Rock Records, in 1986 she released her first solo album “The Melancholy Boy”, a record well- acclaimed. A “polymath musician”, she is known for her talents in writing, arranging, instrument playing, harmonizing and producing.
She won the Best Composer at the 24th Golden Melody Awards. 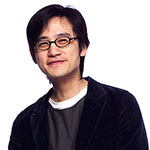 Chienchi Chen /
Music Producer
Mr. Chienchi Chen is a popular music producer whose works range from pop music compositions, film scores, theater productions to music for commercials. He has produced and written for many successful albums as well as participated in various music concerts as a keyboard player. He has also been an active player in the academic world, having been invited to teach music synchronization to music students. He has written music for Asian pop icons such as Valen Hsu, Rene Liu and Coco Lee and played in concerts for Sandee Chan, Cheer Chen and Faith Yang. He has produced various albums including Waa Wei’s and Lala Hsu’s. He established his reputation as a music producer for theater productions in his collaboration with “Shakespeare's Wild Sisters Group”. Later on, he joined the production of “Sound of Colors”, a musical which based its visual designs on the works of the well-known illustrator Jimmy Liao. He has contributed to the music scores for numerous films including Jimmy Liao’s first short animated short film “A Fish That Smiled at Me”, “Jimmy's Mr. Wing” musical soundtrack, and movies “Splendid Float” and “Love”. His music in “Love” was nominated for Best Original Film Score in the Golden Horse Awards, Taiwan’s equivalent to the Academy Awards. He is also a co-founder of the music studio Mr. Wing. 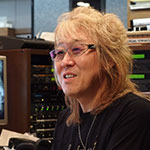 Kenji Kawai /
Composer, Guitarist
Mr. Kenji Kawai is a renowned Japanese composer and a professional guitarist who started his career in 1986. His works can be seen in a wide range of motion pictures, anime movies, video games and television dramas both internationally and domestically. His first break-through was in 1987, when he collaborated with director Mamoru Oshii on the film The Red Spectacles, after which he continued to work with director Oshii on a series of films including Patlabor: The Movie. He gained international fame for his works such as Seven Swords and Young Detective Dee: Rise of the Sea Dragon by director Tsui Hark from Hong Kong. Other notable works include Ip Man 1, 2 and 3, South Korean films Antarctic Journal and Running Wild, and French documentary Apocalypse World War II. He is a winner of the Japan Gold Disc Award and Best Soundtrack Award in the SITGES International Film Festival of Catalonia, among other recognitions. He has also been nominated multiple times for the Hong Kong Film Awards and for Best Original Film Score in the Golden Horse Awards, Taiwan’s equivalent to the Academy Awards.
Prev   Next