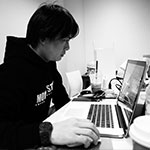 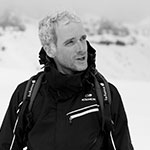 Pierre Gufflet /
Digital Artist, Member of City Form
Mr. Pierre Gufflet is a French digital artist who has been innovating in many fields such as visual art, sound designs, contemporary art, dance, theater and others. He has been involved in developing a range of digital visual art installations, as well as LED light designs for iconic buildings in cities across Europe, the Americas and Asia. His collaborations with the renowned French contemporary artist Pierre Huyghe have made ways to major exhibition venues such as the contemporary art museum Centre Pompidou in Paris, Museum Ludwig in Cologne, Germany and the Los Angeles County Museum of Art. Mr. Gufflet is deeply experienced in crossing many IT fields such as video body mapping, LED systems, electronics and robotics to produce a sensible material for dance shows, art works, and installations.
City Form is a three-men group comprised of Pierre Gufflet, Alexandre Bouvier and Grégoire Simon. The three artists and musicians combine their talents and expertise to deliver live performances that integrate various art forms and interactive technologies. 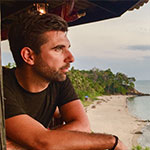 Marc-André Baril /
Creative Producer at Moment Factory
Mr. Marc-André Baril is creative producer at Moment Factory currently based at the Los Angeles office. Since 2009, he has contributed to the growing profile of the company contributing to innovative interactive experiences both as producer and creative director for a wide variety of clients. His participation in the development of X-Agora, Moment Factory’s own interactive media playback system, his cutting-edge approach to interactivity and his strong leadership led him to spearhead a brand new interactive team. For four years he led this interdisciplinary team, exploring new production pipelines, and participating in the creative and multimedia direction of interactive experiences.
Headquartered in Montreal, Moment Factory is a multimedia entertainment studio specializing in the conception and production of immersive environments combining video, lighting, architecture, sound and special effects to create remarkable visitor experiences. Since its inception in 2001, Moment Factory has created more than 350 shows and destinations across the world for big-name clients such as Cirque du Soleil, Nine Inch Nails, Madonna, Disney, Microsoft, Sony, Sagrada Familia in Barcelona and the Los Angeles International Airport (LAX). 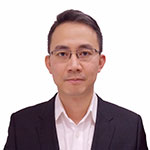 Adrian Goh /
Group Managing Director of Hexogon Solution Pte Ltd
Mr. Adrian Goh is the Group MD of Hexogon Solution Group of Companies founded in 1997. It was later privatised in 2008 to specialize in audio-visual, lighting and show integration provider using the most advance solution in the market. He was responsible for steering the company from a 5 employee small-scale production house in Singapore, to a current 120 staff strength team across Singapore, Thailand, Taiwan, Japan and Hong Kong.
Headquartered in Singapore, Hexogon Solution has a robust in-house equipment inventory that supports some of the biggest shows in the region. With its largest fleet of the latest state-of-the-art projection technology in the world, a strong content team which generates its own animation content for shows, a team of system design and integrators that realised some of the projects executed. Amongst many digital projection projects, Hexogon Solution is most proud to be part of Singapore Formula 1 Grand Prix since 2013, five consecutive Singapore National Day Parades since 2012, and the Guinness World Record Projection for 28th South East Asian Games.
Prev   Next