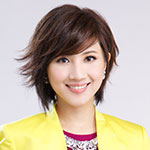 Zoe Lin (Moderator)
TTV Chief Anchorwoman, TTV’s Co-Project Leader for the 2016 GMA
Ms. Zoe Lin is the anchor of TTV Prime Time news. She is also an awards-winning journalist and TTV’s co-project leader of the 27th GMA. Before turning into the primetime anchor in 2010, she had reported on many of the biggest stories, domestically and internationally. Among other recognitions, she received the Excellent Journalism Award, known as Taiwan’s Pulitzer Prize in 2011, for her coverage of the sudden earthquake attack on Christchurch in New Zealand.
She has covered numerous world-renown figures as well as locally established entrepreneurs and famous entertainers, such as President Ma Ying-jeou, former premier Liu Chao-hsuan, vice president Wu Dun-yi, founding president of China Google Li Kai-fu, the author of Megatrends, John Nasbitt, founder of CHIMEI group, Hsu Wen-long, Hollywood movie star John Cusack, world famous tenor Jose Carreras, and Hong Kong’s celebrated singer Jacky Cheung. She also had the chance to interview Mr. Randy Jackson at the 26th Golden Melody Awards in 2015.
She graduated from Columbia University with a master’s degree in international affairs in 2003. She graduated with honors from National Chengchi University in Taiwan with a bachelor’s degree in journalism in 2001. 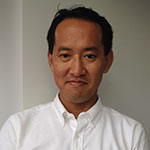 Kaz Michijima /
Director at PROMIC for TIMM (Tokyo International Music Market)
Mr. Kaz Michijima is the Director at PROMIC, Foundation for Promotion of Music Industry and Culture. In his role, he is responsible for holding the annual "Tokyo International Music Market" (TIMM), supporting overseas expansion of Japanese music and interacting and cooperating with domestic and foreign institutions on music industry and musical culture. Prior to joining PROMIC, he was a Product Manager for international artists at Warner Music Japan.
PROMIC (Foundation for Promotion of Music Industry and Culture) was established in March 1993. By conducting research and study into the music industries and culture of Asia and the rest of the world, promoting their dissemination and cultivation, conducting public education and sponsoring music festivals, and by encouraging exchange and cooperation between related institutions both domestically and abroad, PROMIC works to promote the music industry and music culture at an international level, while also contributing to the further growth of the Japanese economy and culture. 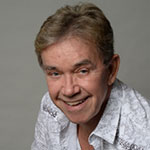 Neill Dixon /
President of Canadian Music Week (CMW)
Mr. Neill Dixon has been actively involved in the music community for over four decades, with extensive contributions to the growth and development of Canada’s music industry. He began as a talent buyer for several spaces including the legendary El Macombo and then the Ontario Place Forum, where Dixon introduced the first major pop concert acts to the venue. He has also managed several acts including Martha Reeves, Jr. Walker, Triumph and more. Dixon later became the promotion manager at RCA Records and then moved on to VP of Promotions and A&R Manager at GRT Records before becoming co-owner of Solid Gold Records, an independent label that garnered 27 gold and platinum albums. Neill Dixon’s involvement with Canadian Music Week began in 1983 as the Program Director of an annual music business conference organized by The Record, and in 1993, he took over the event. Now entering its 35th year, Canadian Music Week is recognized as one of the premiere entertainment events in North America focusing on the business of music. Canadian Music Week spans 7 nights of performances, with hundreds of showcasing bands at more than 40 live music venues in downtown Toronto attracting artists and industry from all over the world. 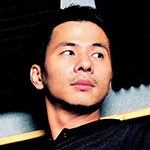 Ed Yen /
CEO & Creative Director at GCA Entertainment Co., Ltd.
Mr. Ed Yen is adept at integrating IT with cultural creativity while leveraging resources from industries, governments, and academia both home and abroad, to drive creative marketing across the entertainment and multimedia industries, establish a complete and efficient industry structure, and create profits at the same time by promoting multi-aspect and value projects. He has continuously coached all types of clients and partners from both the private and public sectors in integrated marketing, ranging from start-ups, big brands, to governments and multiple associations worldwide, all well-received. His previous projects include system planning of the judge panel of the Golden Melody Awards and the Golden Indie Music Awards, coordination of international media and public relations of the Golden Melody Awards, orchestration of the fireworks music at Taipei 101, and taking Taiwan artists to international stages.
GCA Entertainment is a team of very passionate lovers in Music, Technology and Cultural lifestyle. They hope to deliver top-notch business constitution and help bringing energy-saving, eco-friendly activities to our environment.
Prev